Have you ever wondered what a cat’s vision is like? The sight of cats has many things in common with that of a human, however, the eyes of this animal hide many secrets that you will surely want to know if you have a cat as a pet or if you are simply interested in knowing more about this species, here we unveil them!

Surely, you will have noticed that cats see quite well in the dark and that they seem to detect movements very well. They have a spectacular view, the functions of which are largely attributed to their hunting skills. If you want to know how cats see, we tell you this and many other curiosities.

On the other hand, cats have a field of vision superior to that of humans. According to a study by Nickolay Lamm of the University of Pennsylvania, cats have a field of view of 200º, while that of people is 180º. This means that they will be able to see more things at the same time. As for their peripheral vision, 30º, it is also better than that of humans, 20º. Unfortunately, having such large eyes, they have difficulty seeing from afar and focusing.

What colors do cats see

In order to develop all the visual skills, they need as predators, cats’ eyes had to abandon other faculties during evolution. For this reason, they cannot distinguish colors well, nor can they see very well from afar.

Cats have green and blue color-sensitive cones, but cannot see shades of red, brown, and orange. Have you ever wondered how cats see people? Well, they see them with lackluster colors, with a predominance of yellowish and pale blue tones. In the dark, cats lose the ability to see colors, so their vision turns to a dark sepia tone, almost black and white.

If it is daytime, they will perceive you a little blurry. However, at night, they will see you with very good sharpness and with well-defined contours, as you can see in this photograph by Lamm. You won’t lose sight of him!

You may also like to read, can dogs eat honey. To know more visit our blog http://trendsmagazine.net/.

How are the eyes of cats

Cat eyes can take on different shapes and colors, many of which are striking and mysterious. However, its structure and functions are similar to those of humans, with the exception of some peculiarities such as the great reflective capacity of its retina. Here we tell you more about what cats’ eyes are like: Eyes adapted for hunting: Cats’ eyes are huge compared to the size of their skull. This structure is repeated in all nocturnal animals and its reason is attributed to hunting. Cats have evolved and have adapted their bodies to hunt for more hours a day, so their eyes have grown in size over the years to give space to the structures they need to do so.

Great sensitivity to light: The cornea and lens are large compared to the back of the cat’s eyes. In turn, the lens is separated from the front of the eye. Thanks to this constitution, the cat has an enormous capacity to capture light and when it decreases, the size of the pupil increases to capture more of it.

The reason his eyes shine: Another structure that is part of the feline’s eye is the Tapetum lucidum, a bluish-colored coat found in many vertebrate animals. Located behind the retina, this layer is a membrane made up of reflective cells that allow more light to penetrate the eye. It also increases the sensitivity of rods, light-sensitive cells. If you’ve ever wondered why your cat’s eyes sparkle in the photos, this is why!

They don’t need to blink as often: Cats have a third eyelid, a nictitating membrane whose function is to protect the eyeball. Thanks to this web, these cats do not have to blink to keep their eyes lubricated, something that is very advantageous when hunting, because they do not miss one!

There are those who think that all white cats are deaf, but it is a wrong belief. There is a gene called W, which determines albinism in cats. When this gene is dominant, a complete depigmentation of the animal’s fur occurs, masking its original color.

If a cat, through genetics, has acquired this gene, it will be white. At the same time, it could also be deaf, since deafness is linked to this gene. It is considered that if both eyes of the albino cat are blue, there will be a higher possibility that it is deaf. If, on the other hand, he presents heterochromia (one eye of each color), the risk of being deaf will decrease.

All cats are born with blue eyes

A curious and interesting fact regarding the eyes of cats is that absolutely everyone is born with blue eyes. Baby cats’ eyes will remain closed until their seventh day of life, at which point they will be opened, even though they will not be able to see yet. Your vision will only develop after a few weeks and the color of your eyes will be defined in a period of 12 weeks.

The eyes reveal the mood of cats

Keep in mind that the eyes are part of the body language of cats and, to understand them, it is necessary to pay attention to them. For example, when the cat has its eyes half-closed and blinks, this usually communicates tranquility. If, on the other hand, your eyes are wide open and you are staring at something without blinking, this could be a warning sign or that there is something you consider a threat.

They are sensitive to fast movements

Finally, cats perceive fast-moving objects perfectly, but slow movements perceive them as if the object is not moving. This is due to his hunting instinct! So they are passionate about playing with lasers and other fast-moving toys, which helps them stimulate their vision and exercise their instincts at home.

How to Choose a Career Course online 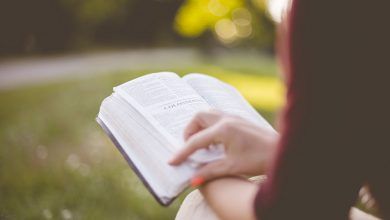 How to quickly write high-quality papers 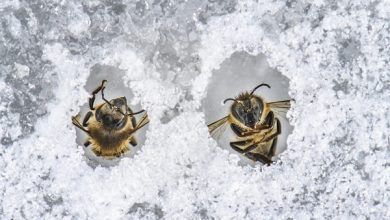 What do bees do in the winter?