The information sites report, on an annual basis, cases of modern smartphones that have caught fire or that have literally exploded, causing damage to things and people (unfortunately in some cases with serious consequences). The case of the Samsung Note 7s was striking, which reports of explosions or serious fires led to the suspension of sales of this smartphone. But can the phone we are currently using explode? What can we do to reduce the risks (if any)? In this article, we will try to provide all the true answers on the subject, so as to have a solid base of information on which to start and avoid the rumors and urban legends that too often circulate on the subject.

In fact, by following the simple rules in the guide, we will practically reduce the risk of phone battery explosion or fire from our phone to zero, so that you can sleep soundly whatever the smartphone manufacturer is.

Below we will show you which internal components can cause an explosion or fire from our phone and what we can do to avoid the dangers. Internal components at risk of explosion or fire

The most explosive component on our phone is definitely the lithium battery. Lithium is a fairly unstable alkaline (since it oxidizes quickly with air or water), therefore it must be well sealed inside the cells inside the battery (necessary to carry out the chemical exchanges with which it is generated electricity).

You may also like to read, best file explorer for android. To know more visit our blog https://uphilltechno.com/.

Lithium easily overheats during use and charging the device, plus it also accumulates the heat generated by the other internal components of the phone (CPU and GPU): if the heat is excessive, the containment cells can deform (the classic battery “inflated”) to the breaking point, where the lithium is released violently causing a very dangerous explosion (it can easily injure seriously and cause serious burns).

Among the causes of fire, in addition to the lithium battery (given the instability of the chemical element used), we can also find the electrical system integrated into the phone: it allows you to send the battery current to the logic board and to recharge the battery by transporting electricity from the USB socket.

If the internal circuits or cables used are of low quality or are poorly assembled, a short circuit may occur which will ignite the internal cables, the USB socket or the logic board, also putting the lithium battery at risk (which with a fire generated from other components usually explodes after a few minutes). The fire problem can also concern the USB cable used for charging and the charger used to connect the cable to an electrical outlet at home: in these cases, fires can be equally dangerous for the person or for nearby objects, since it is not the phone must be charged to trigger a short circuit.

How to avoid phone explosions

To reduce the risk of explosion on our smartphone or phone to practically zero, we must always have the battery temperature under control, even simply by placing our hand on the back of the body (modern phones do not allow you to remove the battery, so we will have to force of things check the temperature from the body). If we realize that we cannot keep our fingers or the whole hand on the body for more than a few minutes due to the heat generated, the battery temperature is very high and we will have to take the necessary measures to avoid the explosion (immediately turning off the phone for example). Below we have collected other situations that can significantly increase the internal temperature of the battery and that we should avoid:

Leave your phone in the sun in the car

One of the most common mistakes when we use the phone, especially in summer! The sun can quickly overheat the body and the battery, increasing the risk of an explosion up to 50% (much depends on the build quality of the phone).

Leaving the phone near heat sources

Leaving the phone near an oven or fan that expels hot air (such as notebooks, usually present on the side) can increase the risk of explosion.

Sit or lie down with your phone in your pocket

How many times have we happened to sit down on a chair, an armchair or on a bed with the phone in the pants pocket? These movements can bend or subject the phone’s internal battery to torsion stress (especially the models with a 5.5-inch screen upwards), decreasing the resistance of the lithium cells over time. The next time the battery is overheated it could be “weakened” and release the lithium at a barely high temperature, causing a bad explosion.

Use covers that are too “suffocating”

Some covers can be so thick as to block the recirculation of air, increasing the internal temperature of the battery well beyond what is allowed, especially in summer. In the summer season, we recommend you use the phone with a simple silicone cover, a “book” cover or better still do not use any cover!

Leaving the phone under a pillow or blanket

Even with the phone off, a pillow or blanket can increase the internal temperature of the battery, significantly increasing the risk of explosion even in winter. When we sleep or want to rest we leave the phone on charge, preferably on the floor, so as to avoid possible damage or additional fires (even a bedside table can catch fire!).

Use enhanced or non-original batteries

It is probably the most likely scenario when we talk about phone explosions. Using an enhanced or non-original battery we increase the risk of explosion well over 50%, given that, to the dangerous situations already described above (and in this case amplified), we also add the differences from the electrical point of view between the logic board and new battery (original parts are factory tested by the manufacturer, which is impossible with non-original and cheap parts). If the battery no longer lasts as before, we do not make cheap replacements with non-original parts but go directly to a manufacturer’s assistance center, so that we can only use original spare parts.

By carefully reading all the scenarios that we have proposed above and putting the suggestions into practice, we will avoid the vast majority of situations in which the phone can explode. Obviously we cannot exclude factory defects in the realization of the lithium battery or of the electrical circuits, which in fact unknowingly increase the risk of explosion, but with the recommended suggestions we will make sure that the explosion is unlikely (for the record the Samsung Galaxy Note 7s were about 100 out of 2.5 million units sold or less than 1% of the products sold). How to avoid fires on your phone or cables

To avoid the danger of fire on our smartphones the same rules apply as for explosions since often the two events are connected (the damage can start as a fire and end as an explosion and vice versa). In addition, we will have to pay particular attention to external components, i.e. charging cable and wall charger: if we use non-original or non-specific components for the type of phone we are using, the risk of short circuit increases (1 possibility out of 120,000).

So let’s just use the charger and the original cable supplied in the phone box, avoiding using worn USB cables, with wires from outside, with damaged sockets or chargers that emit strange noises or hums.

To prevent phone battery explosion, simply follow some simple common-sense rules when using the device and be sure to use original parts. Obviously, these precautions are useful to reduce the risks, but they do not eliminate them: a factory defect or a faulty electrical outlet in the house can still cause a fire or an explosion even if we are very careful to respect the rules seen in the guide. 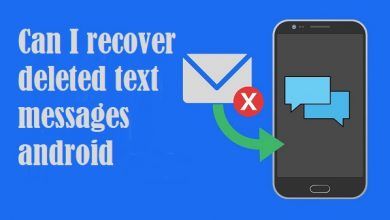 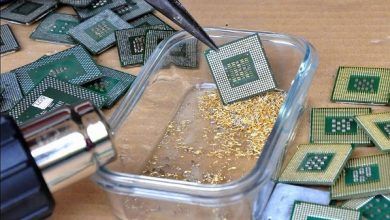 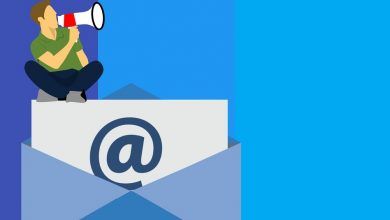