Speech difficulties and stammers are common with many people but definitely makes life challenging – especially for a future King. King George VI was the youngest out of him and Prince Edward Vlll, but they also had a further 4 siblings; whilst Edward was originally destined to be king after their father, George V passed away, he wanted to marry an American lady called Wallace Simpson who was newly divorced, this meant that he couldn’t be king, so he passed on the title to King George VI. A massive duty of a King or Queen is to make speeches, something that was daunting to King George VI.

King George VI began attending speech therapy lessons that were carried out by Lionel Logue, a professional speech therapist that had many years of experience with trying to help people find their voice. Through this treatment, Lionel taught King George speech exercises that would help him to relax, and he taught techniques such as spacing out different words so he could complete the sentence easier.

King George VI was known to be a fragile sensitive child that would regularly be pushed to tears. From a young age, he constantly suffered bad health such as struggling with knock knees and bad chronic stomach problems. He had always known to struggle with his speech and had a stammer from an early age – this caused him problems for the future. He had two children, Princess Elizabeth ll and Princess Margaret; after his health started to go downhill, Princess Elizabeth began taking over royal duties instead of her father.

King George and Lionel Logue remained friends for over 20 years, and he would regularly accompany the king on his public talks; he even joined him for King George VI first-ever radio speech that declared the beginning of the war in 1939 – he successfully delivered his speech without any stammers or speech problems. There are many people who make a living by giving inspiring speeches and talks; if you are keen to learn some tips and tricks for public speaking, then you might want to take a look at a Conference Speaker and their public talks on youtube to see how they portray their speeches and deliver their talks to the audience. 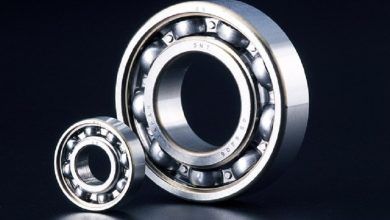