An increase in first-time buyers in January 2019 has suggested that Brexit may be having a positive effect on their buying decisions. Uncertainty surrounding the UK’s exit from the EU has caused house price rises to ease off, giving first-time buyers a better chance of getting a hold on the property ladder. Advantages of buying before Brexit

The https://www.gov.uk/government/publications/stamp-duty-land-tax-relief-for-first-time-buyers/stamp-duty-land-tax-relief-for-first-time-buyers Government’s waiving of stamp duty for first time buyers from November 2017 has certainly had an impact on the phenomenon, but the 25,000 increase in people who bought their first home between January 2018 and January 2019 is also attributable to average house prices almost plateauing in March 2019, as well as lenders offering more attractive deals. While the average rate of 95% mortgages has dropped to around 3.4%, an increasing number of lenders are also offering first-timers mortgages without any arrangement fees. Disadvantages of buying before Brexit

While Brexit uncertainty has caused a slowing of price rises, it’s also being blamed for a slowing of the market itself. Founder of propertychecklists.co.uk, Kate Faulkner, has remarked on the fact that buyers are biding their time, hoping that prices may fall, and sellers are also adopting a ‘wait and see’ approach until we know more about how Brexit will play out. For example, interest rates could possibly rise sharply in some no-deal Brexit scenarios. The hesitancy of both buyers and sellers has led to a stagnation in the property market, particularly in London, the South and the East areas of England.

Now more than ever, first-time buyers need the best advice available to them to decide whether it’s the right time to take the plunge into the property market. Home Owners Alliance put the number of first-time buyers who used a mortgage broker in the first quarter of 2018 at nearly nine in ten.

If you’re in the Swindon area looking for an independent financial advisor Wroughton, Calne or Marlborough based firms like https://chilvester.co.uk/ may be a good place to start.

Whichever independent financial advisors or broker you choose, make sure to check that they’re fully independent, i.e., that they have access to the whole of the market, meaning that they’re not tied to selling a certain group of products affiliated with one firm and their range of mortgages. 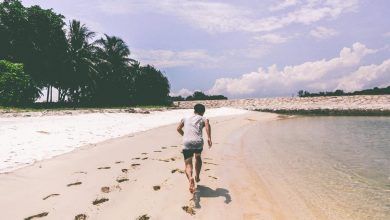