We love mega buildings. Over the years, human beings have proven to have more than enough capacity to create pharaonic constructions of the size of the HZMB Bridge, a $ 4.8 billion horizontal skyscraper, or the Hong Kong-Zhuhai Macao Bridge. We are going to talk today about bridges, and about China, because if a few weeks ago they finished the construction of the bridge that connects Russia and the eastern country, today we want to focus on its jewel in the crown: the Great Bridge of Danyang-Kunshan.

It is the longest bridge in the world and is recognized by the Guinness Prize it received in June 2011. The construction is located in Jiangsu and the Jinghu high-speed line runs through it, linking Beijing and Shanghai. More interesting is the fact that the Danyang-Kunshan Grand Bridge crosses the Changhua-Kaohsiung Viaduct, which is curiously the second-longest bridge in the world. And it is not a surprise, because seven of the ten longest bridges in our globe are in China.

Tons of steel, many people, and many years

Construction of the bridge began in 2006 and took four years to complete, which is not bad at all considering that it is 164.8 kilometers long. To put it in context, it is more than the distance between Córdoba and Malaga using the A-45. Nor is it bad if we compare it with the Bridge of the Constitution of 1812, in Cádiz, which is three kilometers long and took seven years to build.

To carry out such a pharaonic work, 10,000 workers and a total investment of 8,500 million dollars were necessary. 450,000 tons of steel were needed in its construction, which as noted in Diario del Viajero, is enough to make 65 Eiffel towers, as well as 2.3 million cubic meters, which are the equivalent of 3,800 Olympic swimming pools. This bridge has an average altitude of 30.48 meters and in one of its sections. It crosses Lake Yancheng, which is 9.6 kilometers long.

This area is precisely important, as it was reinforced to resist natural disasters and the impact of warships. China is a country with high seismic activity, so much so that in 2019 alone it has suffered 126 earthquakes. The most important being the 6.1 on the Ritcher scale that occurred in Hualian, Taiwan. The bridge rests on 2,000 pillars and has 22 tunnels that, added together, represent about 16 kilometers of track.

As we said, the Beijing-Shanghai high-speed line runs over this bridge, which has a length of 1,318 kilometers. This was opened on June 30, 2011, around the same time as the bridge, which was completed in 2010. But was not inaugurated until 2011. The train has a maximum speed of 326 kilometers per hour, which is enough to cover the entire section in just under five hours. There are 24 stops and two tracks.

China and the long bridges

And it is that China has a kind of fixation with long bridges. As we said at the beginning, of the ten longest bridges in the world, seven are in Chinese territory. Danyang-Kunshan is the longest and is followed by the Changua-Kaohsiung Viaduct, which measures 157 kilometers. The third, fourth, and fifth are also Chinese: Cangde (115), Tianing (113 kilometers), and Weinan Weihe (79 kilometers). It is not until the sixth position that we find a Thai bridge, the Bang Na, which measures 54 kilometers.

The lower part of the table is made up of the Great Beijing Bridge, with 48 kilometers, the causeway of Lake Pontchartrain, located south of the State of Louisiana (United States), with 38 kilometers in length. The ninth position is for the bridge of Line 1 of the Wuhan Metro, with 37 kilometers. And the tenth for the Manchac swamp bridge, a double viaduct, also in Louisiana, with 36 kilometers in length.

We follow a strict editorial policy, especially related to the sources we use. where to buy cialis over the counter in malaysia Our articles are resourced from reputable online pages, with research drawn from academic institutions and peer-reviewed studies. 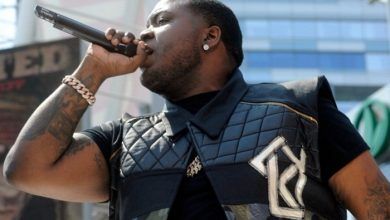 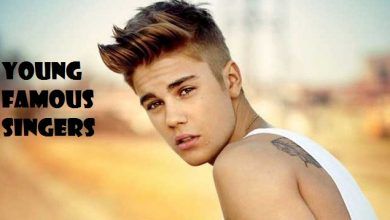 10 most beautiful and young famous singers under thirty