Neighbor harassment in apartments is a very serious issue. It can lead to consequences that can affect the health of those who suffer. It is a very sensitive issue, so it is very important to be sure of what happens and act quickly and correctly to avoid further harassment. In this article, we will identify and know how to report a neighbor for bullying.

In a community of neighbors, it may become normal and understandable that some friction with some neighbors or simply that you get along better with a neighbor than with others. In spite of everything, sometimes the complaints become repetitive and excessive, creating persecution towards the neighbor who suffers them. When these complaints are transformed into insults, disrespect, violence or threats is when you must act against the blocking. How to act friendly?

The first thing to try is to talk with the rest of the community of neighbors to carry out a joint action with the support of the other neighbors. It would consist of making a friendly intervention on behalf of the entire community towards the neighbor who carries out the harassment to try to solve the problem and stop his annoying actions. In this way, the order is maintained within the community, and the support of the other neighbors is obtained.

If the friendly action does not affect, the next step is to carry out a complaint of harassment, which is included in the Criminal Code as a crime of insult. For the accusation to flourish, the existence of evidence and witnesses (which must be obtained with the support of the other neighbors) is necessary to demonstrate that the harassment exists. Once here, the judicial process begins, where the advice of a lawyer is recommended.

Besides the corresponding fines and compensation for damages and damages. From here, it is important that the rest of the community of neighbors understand the situation and help it not to repeat itself or provoke a violent atmosphere among them.

In my professional experience, I have found that within the multiple weapons that the pathological harasser can use to besiege his neighbor who is the object of his crime, one of the most sophisticated, due to its difficulty in terms of proof in court, is noise. Especially used with nocturnality and treachery.

➭ I can remember situations like giving strong blows on the ground just above where he knows the bedrooms are or on the adjoining wall in the middle of the night just to wake him up and for a short time. So, he can not be captured or recorded.

➭ Also, leave programmed music devices to periodically jump in the night’s silence to the loud volume. It is oriented to the right place and for a few minutes or seconds, even to work when the stalker is not at home during weekends or parties. Deny that he had made noises for not being at home.

➭ Other times during the day, but in the early hours or during naps, using household appliances such as vacuum cleaners, centrifuges, or simulating work with drills … to deliberately cause unbearable discomfort.

➭ On other occasions that amateur musician, who “only” practices when he hears his neighbor arrive and leaves him when he leaves the house.

➭ Also with the alarm clock with all sharp and making it jump in lapses of a few minutes during different hours of the day. In the same sense to leave a telephone programmed. It makes calls to the victim’s landline every other time during the night period.

We remember that suffering from a situation of harassment can lead to serious health problems, such as depression. Remember that everything starts by maintaining a good coexistence among all neighbors. 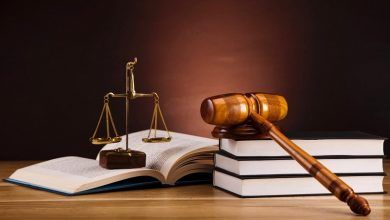